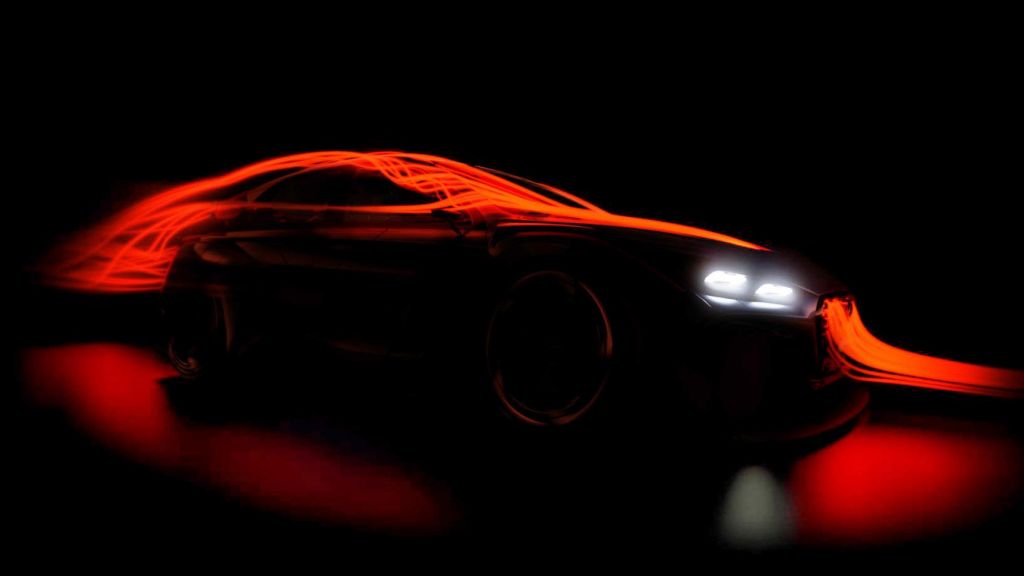 Ever since Hyundai announced it was forming the ‘N’ division, there have been murmurings of an exclusive range-topper. Not another warmed-over version of one of the brand’s existing models, like the nevertheless tremendous i30N, but a bespoke, ground-up performance car. Like when AMG did the SLS (and then the GT).

Well we need murmur no longer, for Hyundai has confirmed it is indeed doing a ‘halo model’. We’re told it will ride on a bespoke platform, which is excellent (though there will be some “sharing”), but the company’s remaining tight-lipped about everything else.

Seriously - we’ve got next to no information, aside from this shady teaser pic. We don’t know when it’s going to be launched or what sort of engine it might have - not even whether it’ll be coupe, hatch or something else entirely.

Gyoo Heon Choi, the company’s boss of high-performance vehicle planning, says Hyundai “needs something to further improve [its] high performance image”. “The base model [i30N] is not enough. Volume-wise it’s good, but it’s just a derivative [of the normal i30]. We need something unique and powerful to live at the top of the hierarchy,” he says. “At the top is motorsports, then just behind that is halo and then comes the N models.”

Klaus Köster is Hyundai’s director of high-performance vehicle development. All he’ll tell us is that this mystery-car will be a “blast”. “Everything else, I could tell you,” he says, “but afterwards there are two possibilities. Either I would have to kill you, or use those things from Men In Black”.

We managed to extract a few tidbits. Choi confirms N is effectively experimenting with different powertrains and bodystyles. Some form of electrification is on the cards. Of course Hyundai has a lot of in-house expertise when it comes to EV and fuel-cell tech’, so we wouldn’t be surprised if the new car were to feature hybrid power. I speculate wildly, and nothing is denied. Front-wheel drive, four-wheel drive… Klaus has an irritatingly good poker face.