Our 10 Favorite Cars From Grand Basel 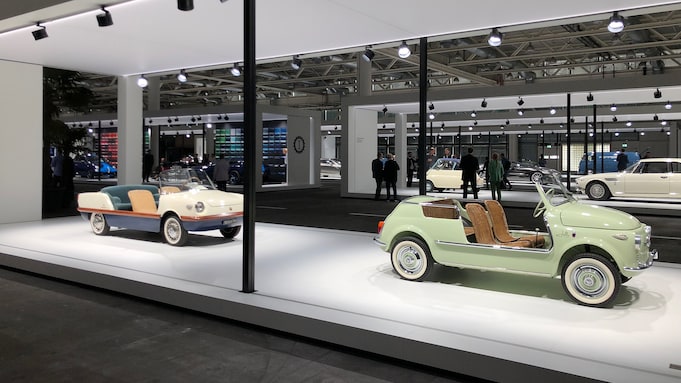 Basel, Switzerland — If there’s an upside to the proliferation of globetrotting one-percenters, it’s that their vehicular eye candy has more venues than ever in which to be ogled. Crashing the ultraluxe car show circuit this year is Grand Basel, a highfalutin auto expo that borrows a page from Art Basel’s playbook: take the crème de la crème in rolling sculpture, light them like a Rembrandt, and celebrate them in a gallery-like space without the distraction of hard sunlight, cluttered surroundings, or gawking throngs.

About a quarter of the 113 gorgeously illuminated cars shown at the first Grand Basel show were up for sale, though you’d never guess it from the discreetly embedded displays (the distinction was available on Grand Basel’s app if you dig deep enough). Whether commerce or art, what Grand Basel’s debut proved to be above all else is a refreshing and innovative take on the postmodern car show. With conventional industry auto shows waning and appreciation for high dollar classics on the ascent, this latest event joins the likes of Goodwood, Chantilly, and Amelia Island as an emergent force in this rarified space.

Here are ten of our favorites from the Swiss show. 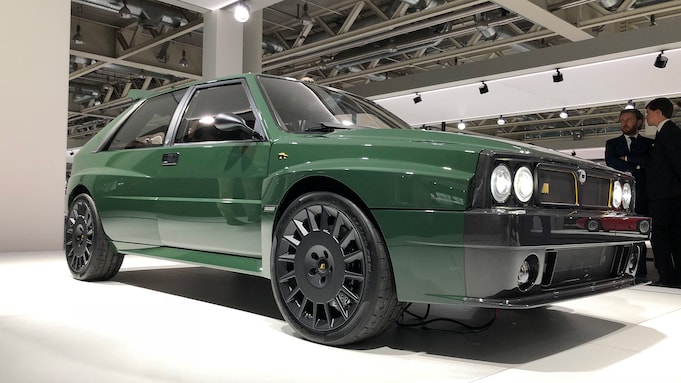 Anyone who grew up with posters of rally monsters like the Lancia Delta Integrale will fully comprehend this high-dollar restomod. Spearheaded by Eugenio Amos, this reimagining of the venerable Integrale deletes two doors, goes wider and lighter with plenty of carbon fiber, and upgrades the engine to 330 horsepower. If the $350,000 asking price seems too dear, consider the early days of Singer and how it helped inject notoriety into the classic Porsche car market. 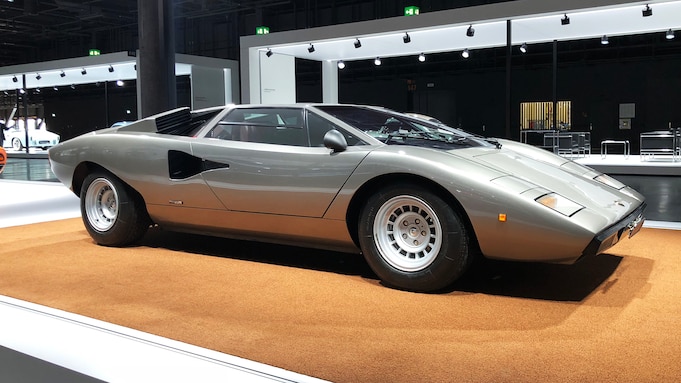 Note to Lamborghini Aventador enthusiasts: respect your elders. Specifically, elegant progenitors like this un-flared, elegantly bodied Countach LP400, which paved the way for today’s monstrously styled supersleds. In these simpler times, Lamborghini’s longitudinally mounted V-12 produced only 375 horsepower. But oh what a silhouette it cut. Thanks to its razor sharp crease lines and slotted air intakes, the LP400 resembled nothing else on planet earth. Only 157 of these models exist, making early Countaches all the more covetable. 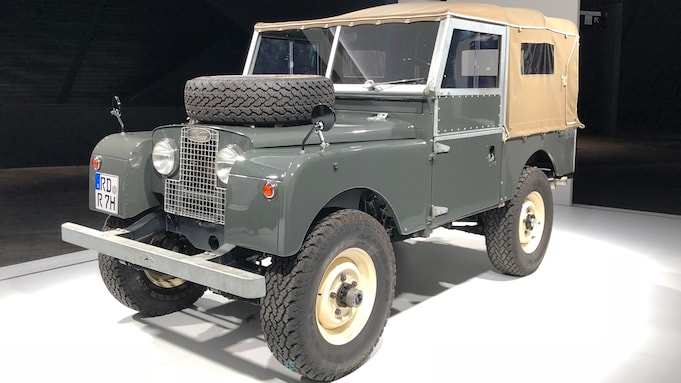 Land Rover’s 70th anniversary has celebrated the famously rugged British marque ad nauseam, but this seemingly orthodox Series I specimen offers a clever twist on the off-road icon: discreetly uprated steering and brakes, and a 3.9-liter V-8 tucked under the hood. Built by a Bavarian outfit called Landy Point, this pumped up Rover is among the most understated vintage off-roaders out there. 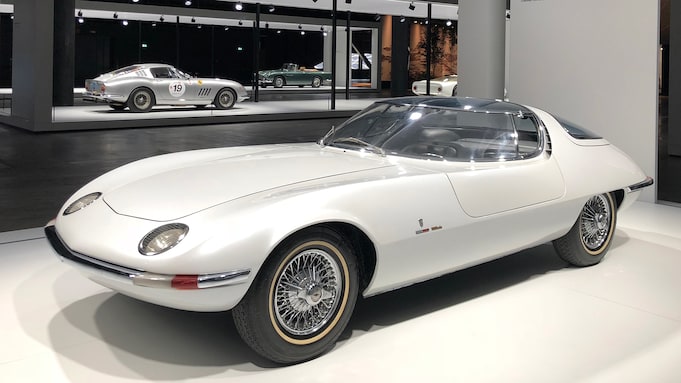 We love a good transcontinental mashup just as much as the next guy, and the Giugaro Testudo is one of the more unsuspecting combos in automotive history. First debuting at the 1963 Geneva Motor Show, the Giorgetto Giugiaro-penned Testudo was a visual harbinger of the future, evoking elements of the Lamborghini Miura, Corvette C3, and Porsche 928 which wouldn’t appear for years. This rarely seen one-off was the property of Carrozzeria Bertone for decades until Giugiaro bought it back. 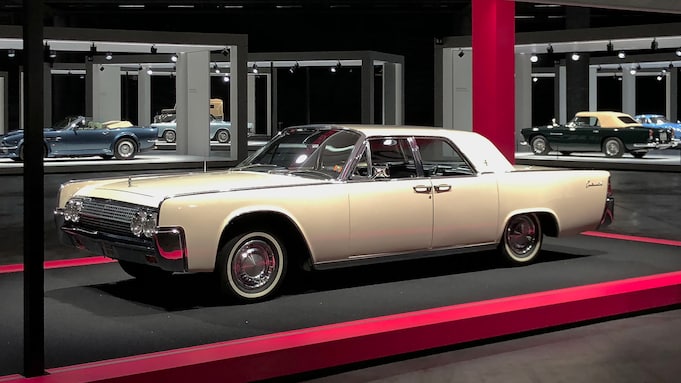 Just when you thought you knew everything about Pablo Picasso’s well-documented predilections and preferences, this comes out of the woodwork: the last car ever owned by the Spanish master. Fresh out of restoration, this suicide-door equipped sedan was curated by artist Sylvie Fleury, who has links to Picasso’s family. Designed by Elwood Engel and powered by a 7.0-liter V-8, the all-American sedan adds an interesting footnote to one of the most famous painters of all time. 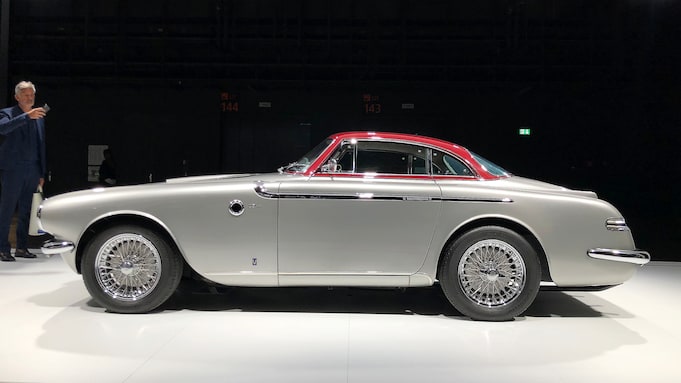 The vast majority midcentury Italian V-8s were of the racy Ferrari variety. Yet Fiat, purveyors of scrappy hatchbacks and workaday people movers, tried its hand at the eight-cylinder genre with their 8V Vignale, which reversed its nomenclature because Ford owned the rights to the “V8” model name. Motivated by a tiny 2.0-liter V-8, this Fiat was a nascent sporting coupe which managed to dominate its Italian GT class, scoring class wins at the Mille Miglia and Targa Florio. Only 114 models were built in all, with roughly half featuring bodies by Ghia, Pininfarina, and Zagato. 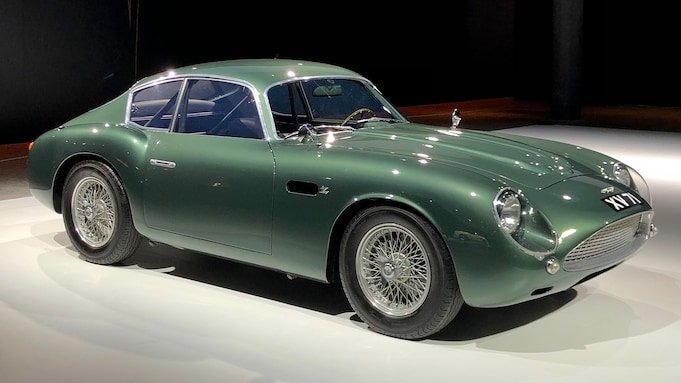 Aston’s recent reissue of this rarity makes the original all the more intriguing. Only 19 of the allotted 25 homologation specials were built and featured a dual Weber-carbureted 3.6-liter six-cylinder producing anywhere between 270 and 314 horsepower. With slick bodywork by Zagato head designer Ercole Spada, this tiny, taut runabout still looks fresh to death, making the 21st century redux all the more comprehensible. 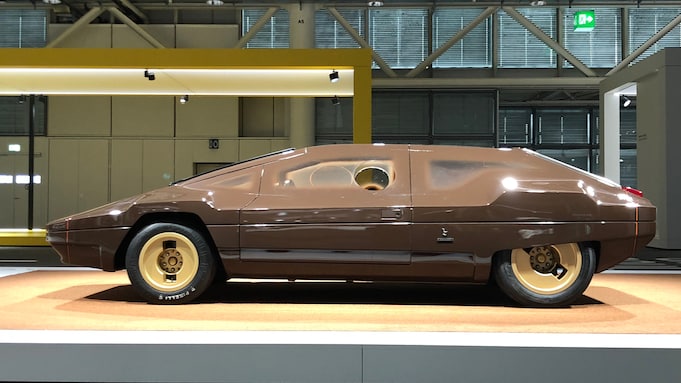 How do you follow up a legend like the Lancia Stratos? Chief Bertone stylist Marcello Gandini—the man responsible for the Lamborghini Miura, Alfa Romeo Montreal, and Bugatti EB110 among others—produced the Sibilo. Built on an extended Stratos chassis, this Ferrari Dino V-6-powered concept took a stab at the future with package that could be equally at home on the set of “Tron.” The one-of-one wedge featured angular shapes against rounded forms, and originally contrasted its brown hue with yellow wheels. 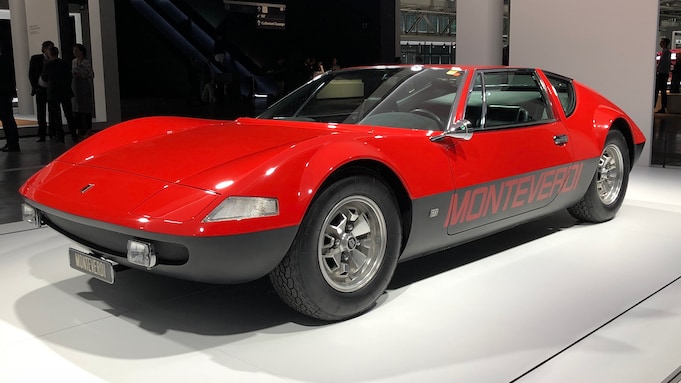 Switzerland is known for many things—chocolate, banking, and stunning Alpine passes, for starters. But supercars is not one of them. Hailing from Binningen, a suburb just outside of central Basel, Peter Monteverdi was responsible for 1967’s High Speed 375 and this, the successor which debuted at Geneva three years later. Powered by a mid-mounted Chrysler 7.0-liter Hemi V-8 and bodied by Carrozzeria Fissore di Savigliano, Switzerland’s only true automotive upstart offered a promising alternative to the typical Italian fare. But with a 30 percent higher asking price than a Maserati Indy, Monteverdi sadly sealed its own fate. 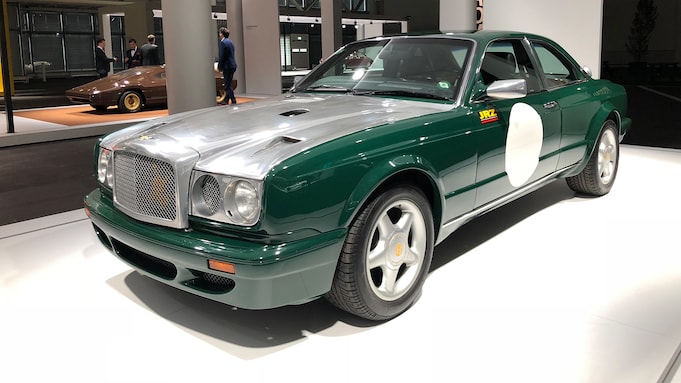 While the Lancia Futurista by Eugenio Amos practically stole the show at Basel, his heavily customized 1996 Bentley generated its own quiet buzz at the end of the hall. Originally commissioned by Harley-Davidson importer Carlo Talamo, this NACA-ducted, rollbar-equipped Conti enjoyed a number of factory mods, including a Cosworth-tweaked V-8 with bigger turbos, a polished aluminum hood, and more than 440 pounds of weight shed. Aren’t precious grand tourers all the more endearing when they’re lovingly transformed into fearsome, track-ready streetfighters?